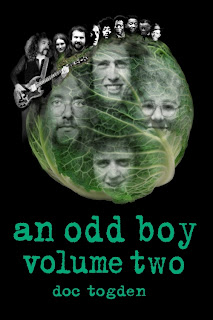 The peak of the British Blues Boom – and Savage Cabbage the band who could have rivalled Cream. At their height they were billed with Rory Gallagher’s Taste at ‘Colonel Barefoot’s Rock Garden’ where psychedelic lyrics and electric blues ignited the night. The arts became rampant street-culture – roaring like wildfire from ’68 to ’70.

Lulu are offering a further 20% discount until 23:59  on 1st November if you use their Hallowe'en coupon code BRAINFOOD