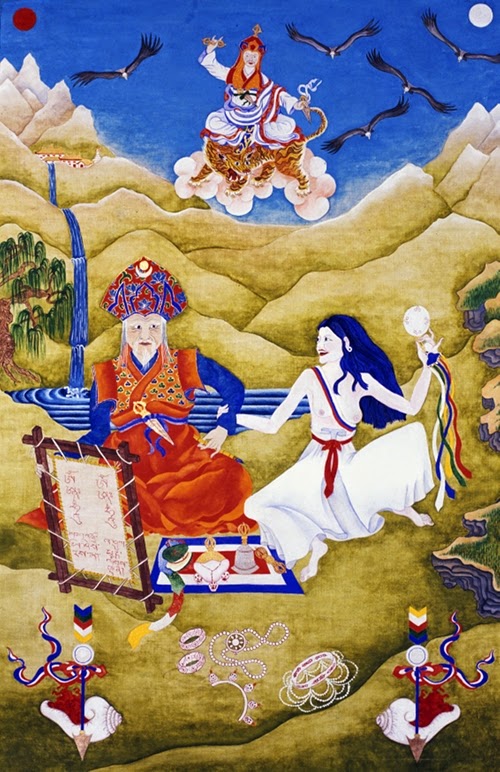 This thangka is available as a Greetings Card, Postcard or Poster from Aro Books worldwide.