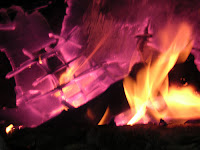 I came across Pay With A Tweet some time ago and I thought it was very innovative.  It allows an organisation to make something available - a report, a sample book chapter, an ebook and so forth.  If you want the item you pay for it by tweeting about it.  This means that it becomes known to all your Twitter followers.  It looks like a great way to make something well known in a short amount of time.

I then read an alternative viewpoint, that Pay With A Tweet is Spam.  I thought that this was a serious point to a make.  The view is that a tweet that you send as a payment is not authentic or personal and is therefore spam.

I can see both sides of the argument.  You could say that Pay With A Tweet is authentic and personal, in that you are letting your followers know something that you are interested in.  On the other hand you would be tweeting before you know whether you like what you have bought with your tweet.

Aro Books worldwide is part of a Charity and at first sight Pay With A Tweet appealed as it would enable us to gain some publicity for very little outlay. I would not want us to get a reputation for spamming, however, so I would like to have the benefit of your thoughts about this.

Would it be good to give away a free book chapter via Pay With A Tweet?  Would you be happy to have heard about this via an automated tweet?

If you would look at Pay With A Tweet  and Pay With A Tweet is Spam and let me know what you think I would very much appreciate it.  There is a poll on this blog so you could vote, or leave comments, or both.