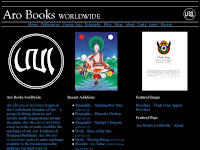 We've finally found the time to look at writing Press Releases.  A little research reveals that the Press Release is not held in particularly high regard in the world of interconnected social media.

"It’s incredibly hard to get a social media community interested in a press release, and it’s not because they hate hearing about what your company is up to, it’s just that they hate the way you’re telling the story."  (copyblogger.com)

What we need, apparently, is a Social Media Press Release, which is more suited to to media such as Blogs, Facebook and Twitter.

As a step in this direction we've produced the first of several Press Releases via PressDoc a company based in Amsterdam in the Netherlands.

So here's our first foray into this field, if you are interested, please follow this link - http://pressdoc.com/p/00035d - and if you feel so inclined, please share it with your social circle.
Posted by 'ö-Dzin Tridral at 20:04